As I was preparing for my 5th trip to Israel, this time with family, I posted a photo of Old Jerusalem on my Facebook page along with a notice of my travel plans. 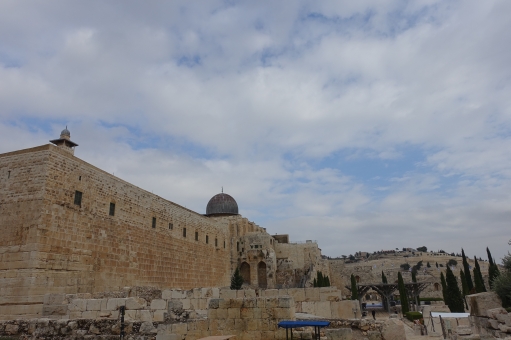 My posting was noticed by my good friend Ahmad Ashkar, Founder and CEO of Hult Prize Foundation, who opened the door for me to visit his family in the West Bank. Flattered and humbled by his offer, I accepted without hesitation and started to plan my journey with his sister Suzy from the Jerusalem Waldorf Astoria to Nablus and onto Tulkarm. 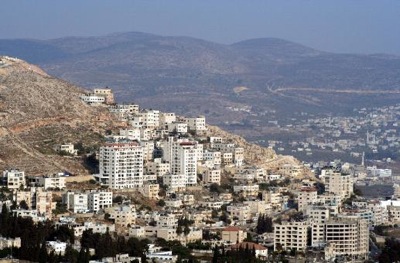 For everyone reading this blog, this is not a political statement about the West Bank and Israel. It is about my journey, the people, sounds, aroma and tastes of the old city of Nablus. This blog reflects one day in my life as an American Jew visiting my friend’s Palestinian Muslim family. This one day brought us closer and created a bond via our shared commitment to make the world a better place, one person and one day at a time.

As they say timing is everything, and the coincidences associated with my visit were uncanny. First, Ahmad’s mother was visiting their family home and his sister Suzy had just recently moved from Kansas to Tulkarm with her husband a few weeks earlier to raise their baby. Second, my trip was just several days before the UN vote on the resolution to curb Israeli settlements in the West Bank and West Bank politics were relatively quiet for that region while everyone was awaiting the outcome of the vote on the resolution. 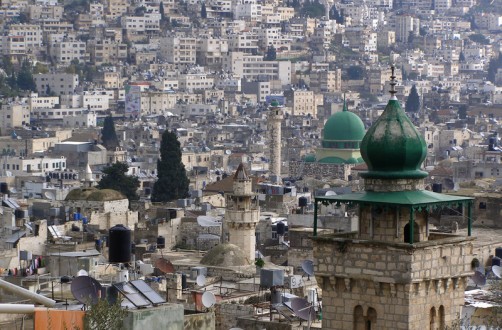 First, you cannot just hop into any taxi and say “take me to the West Bank”, as the color of the license plate prescribes which roads you can travel on. To simplify matters, I asked the Waldorf concierge to res

erve a driver. Polite and courteous, yet curious, he asked only a few questions, then proceeded to offer assurances of my personal safety while also cautioning me that conditions can change at any time.

Nablus is a northern city in the West Bank, 39 miles from Old Jerusalem with a population of over 125,000 which is predominantly Muslim, with small Christian and Samaritan minorities. Since 1995, the city has been governed by the Palestinian National Authority. We visited the Old City where there are a number of sites of archaeological significance, spanning the 1st to 15th centuries.

Suzy (who has an MBA degree), Ahmad’s sister, and Diana (an attorney), Suzy’s sister in law, met me in the city center. After hugs we made our first food stop…Turkish coffee to go. It was just starting to rain, so we quickly parked the car in the lot and headed out on foot to the Old City.

Until I arrived I didn’t realize that Nablus is such a gastronomic heaven. My father was a produce broker, so I was astounded by the abundance of inexpensive fresh fruits and vegetables. Nablus is known for its cheese, and we were indulged in warm cheese bread.

As if that wasn’t enough, as we were passing through, the falafel man overheard us talking and offered me a free sandwich with freshly ground hummus. 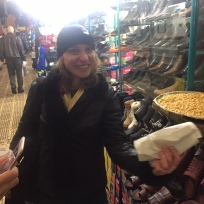 Not that we were still hungry, but Nablus is famous for its kunafeh, a stringy, cheesy, crispy, sweet, gooey, delicious desert which defies definition, so we had to try it. Served in slabs eaten warm, we lined up and got our share, as the rest of the dish was divided up and sold to the locals. 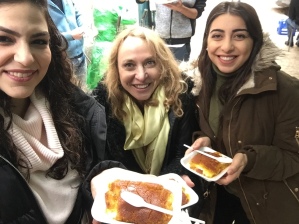 Still we couldn’t stay dry, as it was pouring rain, my sneakers were wet and squishy…and to be honest, we looked like three drenched lost women roaming the streets. 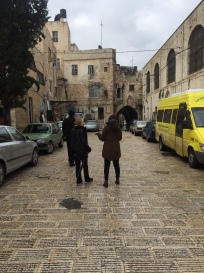 Then we encountered Moses, a Nablus local, who overheard us talking and simply put aside his daily work to escort us through the city, through the ancient Mosque, into the soap, candy, metal, and shoe factories.

We parted at the spice store, which had a big sign welcoming the USA, as he left to pick up his girls from school. Moses is not a tour guide, he is simply a kind, proud, local man who wanted us to have a good visit to his city. 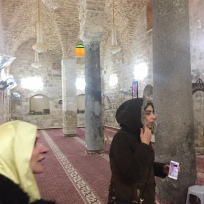 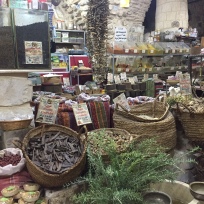 On the Road to Tulkarm

Each of us were overwhelmed by the kindness we were shown, but now it was time to get on the road to meet Ahmad’s family for a late lunch.

There was a “small” hitch, though. The road, and there is only one road between cities, was blocked. There was an accident ahead, a Nablus Arab and a Jewish Israeli died in a collision. Diana, an attorney, had a special ID card allowing her to pass through, and Suzy and I had American passports, so we maneuvered our way to the head of the line, only to be told we could not pass. We carefully moved back in line…with cars honking at us…and some 30 minutes later the road opened…and we were practically first in line as we drove ahead to Tulkarm.

Now only 30 minutes away, I was eager to meet Ahmad’s mother and was swept away as we came around a corner to see the Ashkar’s family estate. I say estate as there are multiple homes on the grounds, each connected through walking paths and patios. 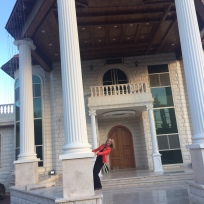 The main home was recently constructed had a huge driveway and massive columns leading to the front door. As we walked through the door we were greeted by Ahmad’s mother with a huge smile and open arms. 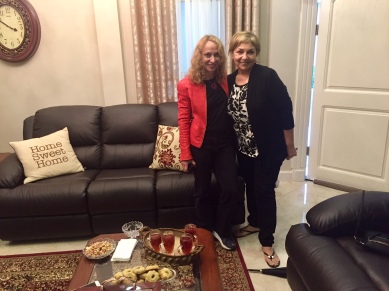 As you might imagine, she was busy in the kitchen cooking a special meal for us which consisted of fresh lemonade, warm yoghurt soup, rice with vegetables and spices, chicken, salads, sweet and spicy sauces and homemade fig cookies. Enchanted by the feast, we conversed as if we had met many times before and discussed the world, family, and our journey. 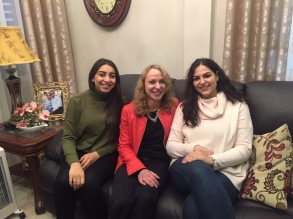 Back on the Road

Sadly, this was a short trip, and just as the rest of Ahmad’s aunts and cousins were coming to visit, it was time to go back to Jerusalem. Suzy presented me with a beautiful silver necklace and Ahmad’s mother filled my bag with treats. It was sunset when we headed for the checkpoint a couple of miles away. Promising to return, the taxi picked me up, and we headed back to Old Jerusalem. 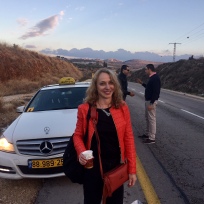 Ahmad was honored that I traveled to the West Bank to meet his family, and I was honored he invited me. Open your heart, open your mind, open your soul. There are good people on the other side. Good people who may differ in their political ideology but with the same family values and welcoming kindness that we all can appreciate and would do well to emulate.

Three generations of women sharing the world we love!

Sheryl Chamberlain is a global leader who brings together diverse groups of people to jointly create innovative solutions that achieve new levels of success for companies, organizations, communities and people. She has broad experience in leading strategy, partnerships, and operations with Fortune 1000 companies, foundations, start-ups, and social enterprises with a goal to accelerate revenue generation while improving organizational performance.

Perspectives on Innovation in Life, the World and in Business